A Message from Chief Edward A. Baker

On behalf of the entire West Seneca Police Department, I would like to welcome you to the Town of West Seneca and tell you a little about our community and agency.

The Town of West Seneca is located in the far western region of New York State and covers approximately 21 square miles in area. Originally established as a territory for Native American tribes displaced by the American Revolutionary War, the town was officially established in 1852 by a communal religious sect whose trades were logging the area’s natural hardwoods and farming the fertile land between the numerous tributaries that lay within the town’s borders.

Today, the community is a vibrant first-ring suburb of the City of Buffalo, primarily made up of residential neighborhoods, with some light retail and commercial development. Our police department services over 45,000 citizens, patrols over 150 miles of local roads and state highways, and protects one of the largest school districts in New York State.

Currently we have 66 sworn police officers, 9 full-time and 9 part-time Public Safety Dispatchers and 13 civilian employees. We supply a full range of police functions to the town including patrol and investigative activities, as well as numerous community policing initiatives.

In 1993, the West Seneca Police Department received Accreditation from the New York State Law Enforcement Accreditation Council. This is one of the highest honors that a police department can receive in New York State, delineating us as an exemplary law enforcement agency. We are proud to have been one of the first to receive this recognition and is one that we still have today, having been re-evaluated by the council in June of 2018.

During the past years, we have achieved many advances. In 2003, we were the first agency in our region to establish a School Resource Officer (SRO) program, which remains a model for our profession.

We were also one of the first to create a crisis negotiation team, and provide mental health response diversity, and de-escalation training to our officers.

Our department is community-oriented with a full array of Neighborhood Watch groups, school programs, bike patrols, and a Stop, Walk & Talk program.

West Seneca is a very safe and special place to live, to raise a family and to work in the Western New York area. The West Seneca Police Department is proud to be a part of making our community great.

The principal mission of the West Seneca Police Department is to preserve the rights of citizens while maintaining public confidence through the prevention of crime and the maintenance of order in public places. This basic mission will be accomplished by our members anticipating and responding to events that threaten public safety, thereby securing the protection of life and property.

It is essential that all members remember that in the execution of their duties, they act not for themselves, but at all times, for the good of the public. They shall respect and protect the rights of individuals they encounter and professionally perform their services with honesty, zeal, courage, discretion, fidelity and sound judgment.

West Seneca Police Officers shall seek and preserve public favor by demonstrating absolute impartiality, and by offering themselves to the service of all members of the community.

“Police, at all times, should maintain a relationship with the public that gives reality to the historic tradition that the police are the public and the public are the police; the police being only members of the public who are paid to give full-time attention to duties which are incumbent on every citizen in the interests of community welfare and existence.” – Sir Robert Peel 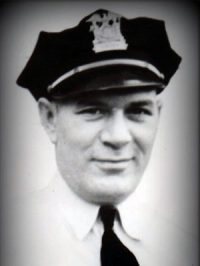 Chief Lyons was the first Chief of Police for the Town of West Seneca. He started with the beginning of the police department in 1932 and remained chief till his death in 1939. His starting salary in 1932 was $1900.00 per year. He was looked upon as a man of character, disposition and with an ability to enforce law and order. 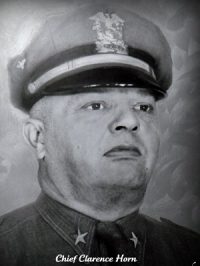 Chief Horn was the second person to hold this position. He assumed the position in 1941 and held it till 1947. Chief Horn believed that it was important to keep kids out of trouble and that parental guidance was very important. He felt that it was the responsibility of parents to teach that good character is more important for kids to develop than material goods and wealth. Chief Horn was also known as a man that burned the midnight oil at his job. Many days he would work till late in the evening and then head home. In fact on the night of his death, Chief Horn died while waiting for his evening dinner in the Old Island Park Grill. 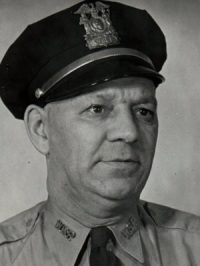 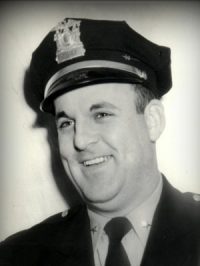 A veteran of World War II, Chief Keller was appointed to the position of patrolman in the West Seneca Police Department in 1946.

In the mid 1950s, then-patrolman Bud Keller was asked by a reporter from the Buffalo Courier Express for his most exciting moment on the job. He told the reporter that the moment that he remembers the most was the time just prior to getting on the job when he was with a friend of his name Wayne Smith. Wayne Smith was already a patrolman on the department and was called at home and told to respond to a homicide on Dirkson Avenue in West Seneca.

On February 1st, 1957 Warren D. “Bud” Keller became the fourth Chief of the West Seneca Police Department. Chief Keller, a graduate of West Seneca High School, was appointed to the police force in 1946, following his discharge from the navy. He served four years in the Pacific during World War II. “Bud” Keller entered the Navy as a Seaman 2nd Class, and was discharged as a Petty Officer 1st Class.

Nearly 400 people including police officers from surrounding communities attended a testimonial dinner in Chief Keller’s honor in March of 1957 at which time he was lauded as an efficient law enforcement officer. 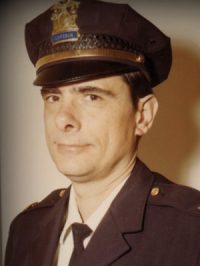 Chief Manning took over the permanent reigns as Chief of Police on April 3, 1979. During his tenure, the department made great strides in the technology end of police work. Chief Manning oversaw the establishment of the D.A.R.E. program in the West Seneca Schools and started the accreditation process for our department. Chief Manning retired in May of 1993 after 32 years of service to our police department. 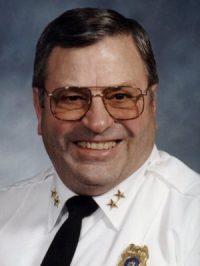 Under Chief Miskovski, our department expanded its specialization: he installed a K-9 unit, honor guard, traffic unit, centralized records and dispatch and arson investigators to the department. Chief Miskovski retired in 2001. 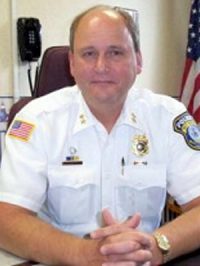 Edward F. Gehen was appointed as the seventh Chief of Police for the Town of West Seneca Police Department on August 2001. He was a very dedicated police officer who had worked his way up through the ranks prior to his promotion to the top job. He served as a patrolman, desk lieutenant, patrol lieutenant, patrol captain and assistant chief of police.

In 2000, as the assistant chief he started our Citizen Police Academy program. As chief, he instituted a number of improvements to our operations and elevated the professional standards of the department. He continued the department’s participation in the New York State Police Accreditation Program, securing re-accreditation status twice during his tenure. He was also the head of a committee that helped gain support for our police facility expansion.

In addition to his local government obligations, Chief Gehen also played an instrumental role within the law enforcement profession outside our agency. He was a past president of the Erie County Chiefs of Police Association, the Zone-10 Representative in the NYS Chiefs Association, and a graduate of the FBI National Academy.

Chief Gehen retired from service April 27, 2013 after 32 years of service with the department.